Ted and I arrived yesterday late in the afternoon.  Saw the BYU ballroom dancers  perform on the outdoor stage.  Don't ever pass up an opportunity to see them.  Better than any "Dancing with the Stars."  Ted took a few photos which we will post later. Today we went to the Temple.  Twenty five years ago we visited the same spot and saw only grass and buried stones marking the cornerstones of the long gone edifice.  What a treat it was to see it standing so majestically on the same plot of grass overlooking the Mississippi River. The inside was different than any other temple I've been in.  I felt as if I had stepped into a time warp.  EVERYTHING in the temple was gorgeous... from the graceful spiral staircase to the sun cornices to the beautiful carpets. Most of the building was true to the original temple that was destroyed in 1848.    We also did some sealings and were reminded by the sealer that the most sacred room in the temple is the sealing room.  There are 60 full time older missionaries serving in the Nauvoo Temple.  That was inspiring to me!! 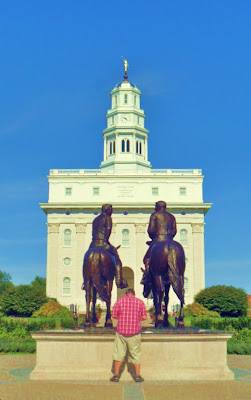 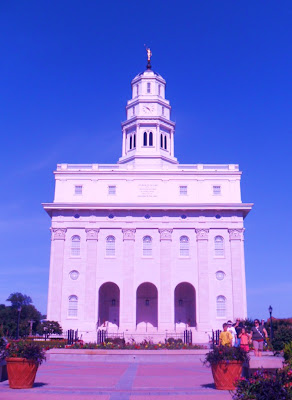 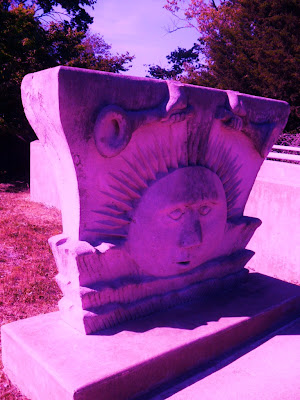 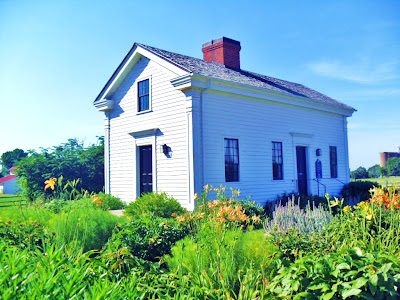 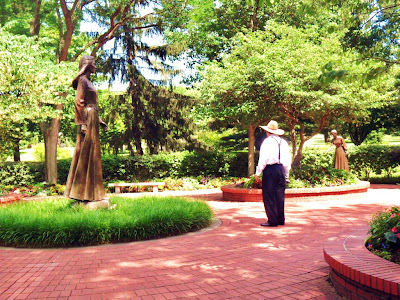 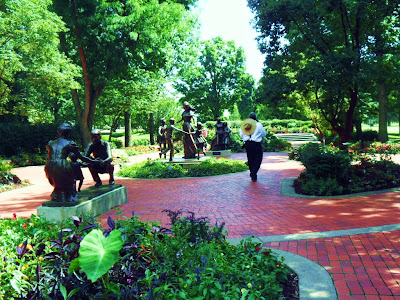 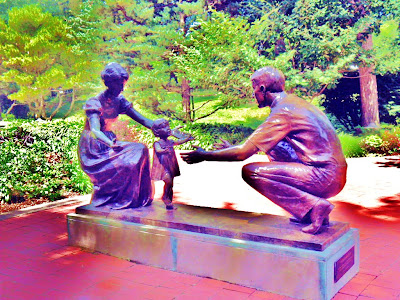 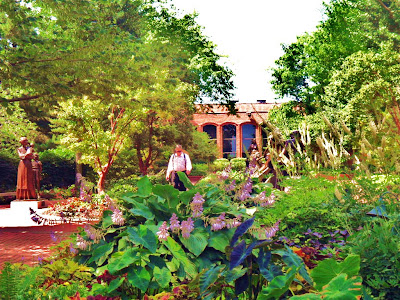 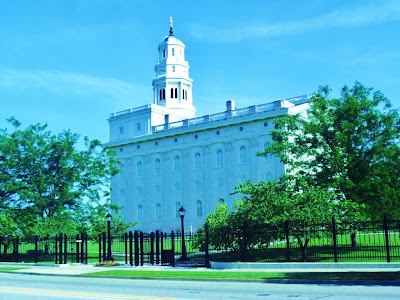 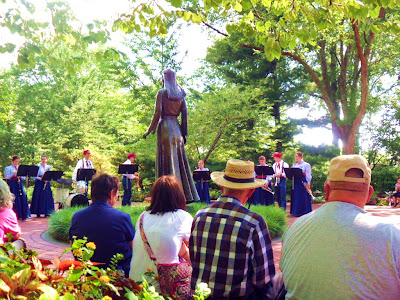 Afterwards we saw an hour long movie (that I had never seen) on Joseph Smith in an airconditioned theater.(It was 90 outside)  From there we strolled thru the garden honoring womanhood.  We had seen this, too, 25 years ago but the trees were considerably smaller.  Pictures will be added later.  Then a 10 piece brass band played hymns in the garden.  After one more presentation  we headed off to the Nauvoo Hotel and splurged on their buffet.  They are the only decent place to eat in Nauvoo and all 300 seats looked to be full.  It was a busy day, but fun.
Posted by LaLee at 6:06 PM

Sounds like a lot of fun, we are looking forward to the pictures!

She is not counting the greasy spoon, which had very good pulled pork samy and fries